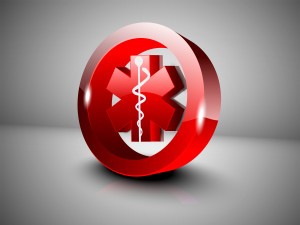 Glucose is sugar that is an important energy source in living organisms and is a component of many carbohydrates.  Most of the food we eat is turned into glucose for our bodies to use for energy.  The pancreas, an organ that lies near the stomach, makes a hormone called insulin to help glucose get into the cells of our bodies so it can be used for energy.  Diabetes is a disease in which blood glucose levels are above normal.  For those with diabetes, their body either doesn’t make enough insulin or can’t use its own insulin as well as it should.  These issues causes sugar to build up in the blood and can be very dangerous to one’s health.

Diabetes can cause serious health complications including heart disease, blindness, kidney failure, and circulation problems that can lead to lower-extremity amputations. Diabetes is the seventh leading cause of death in the United States.

People who think they might have diabetes must visit a physician for diagnosis.  They might have some or none of the following symptoms:

The two most common types of diabetes are Type 1 and Type 2.

Type 1 diabetes, which was previously called insulin-dependent diabetes mellitus (IDDM) or juvenile-onset diabetes, accounts for only about 5% of all diagnosed cases of diabetes.  People with Type 1 diabetes cannot make enough insulin to regulate the glucose in their bodies.  Risk factors for developing Type 1 diabetes include autoimmune issues, genetics, and environmental factors.

Simply stated, once glucose is released into the blood stream, the body either uses it for movement or stores it.  When the body releases more glucose than it is using, insulin kicks in as a mediator.  By improving body mass (i.e. improving muscle tone) and increasing aerobic exercise, muscle-glucose uptake can be improved.  This has been shown in numerous studies.  Therefore, strength training and aerobic exercise are important parts of an exercise program to control or prevent any type of diabetes.

A major federally funded study, entitled the Diabetes Prevention Program (DPP), followed 3,234 people who were at high risk for diabetes.  They were randomly assigned to different groups. The group who exercised 150 minutes per week had a 58% drop in diabetic risk than any other group in the study, including those taking prescription drugs.

The findings showed that people can delay and possibly prevent the disease by losing a small amount of weight (5 to 7 % of total body weight) through 30 minutes of physical activity 5 days per week and healthier eating.  This is fantastic news for anyone who is either diabetic or prediabetic.